The products of the fashion and the food industries are both highly consumed but contrariwise viable.

Canadian-born, New York-based artist Chloe Wise is interested in the notions of spending and consuming. For her latest work she recreated some of the fashion industry’s most emblematic merchandise using food.

From clutches to handbags, that were originally made under brands like Prada and Louis Vuitton, Wise’s works are both fancy and delicious. The artist re-imagines high fashion luxurious bags in pancake, toast, bagel and bread form. The once famous and pricy products are recontextualized as art objects instead of purchasable goods, altering the value of fashion and food and making it solely symbolic.

Wise’s art is intricately painted with a hyper-realism that fuse the essences of wanting and needing, causing the viewer to wonder whether they’re “buying” a fashion modernity or just very expensive food.

French actress Léa Seydoux is the new face of the latest advertising campaign of Louis Vuitton, entitled “Journey of the Spirit ”. Photographed by the famous fashion photographer Patrick Demarchelier, the shooting took place in a ranch in Mexico designed by the Mexican architect Luis Barragan. A pink and purple shok scenario, which highlights the Capucine bag and the bag Steamer City.

Sonia by Sonia Rykiel : Spring/Summer 2017 Pre-Collection : The Beat of Sonia

"Let's set the scene for the Sonia by Sonia Rykiel SS17 Pre-collection by heading to Studio Ferber in Paris, where we find the Bloom Twins laying down tracks for their debut album. Here, the London-based sister act reveals how bold wolor blocking, creative pattern mixing, and a fresh spin on masculine-meets-feminine dressing come together to produce a pop-infused upbeat offering.

Equal parts uptown and downtown, Anna and Sonya pair a velvet bomber with jogging trousers bordered with a flirty frill, or else worker denim shirt and zip-front blush pink tweed skirt. This is a collection that spans a heather grey cashmere jumpsuit to a lace dress with flounced detailing, and excites the eye with knit dresses in electric hues, youthful silhouettes and vamp-ish Chelsea boots that ooze attitude.

Indeed, such dynamic spirit comes from the inspired layering : we see dresses insouciantly worn over blouses, rhinestones constellations elevating sportswear, and stripes colliding with pop florals. Conventional clashes prove complementary. But then the feisty lip motif-whether multicolored and stamped across a trench coat or embroidered at the collar tips of a denim shirt-reinforce the classic Sonia Rykiel overlap of chic and cheek. Meanwhile, her signature appears enlarged and rendered like lipstick graffiti, and a badge bearing "Je suis Parisienne" offers a pround refrain.

Yvonne Reichmuth is a Switzerland designer who developing a strong passion for leather. She decided in 2012 to launch her brand « YVY ». A luxury brand with a lot of accessories in leather. « YVY » is a line of versatile, feminine accessories which can transform a simple outfit into an exquisite and unique look.

« YVY » is based in Zurich, Switzerland.

She has launch a first collection named « THE SKIN », and a second collection « SPIRIT » and now she launch her last collection « 1 00 1 » which is available on her website.  All collections are hand-made, with a Italian vegetable-tanned leather.

This « new » brand will become a true reference in the « leather-world ». A lot of celebrity support and wear « YVY » like Rose Mcgowan, Kylie Jenner, Janet Jackson, Eva Longoria, Ashley Smith, Monica Belluci .. « YVY » has managed to establish itself in Fashion Magazines world like in Vogue, GQ, Grazia, Femina, Glamour, ELLE …

« YVY » is a brand where all women at all ages can wear this brand perfectly to have more style.

We can't wait to see the next collection. We are with you Yvonne Reichmuth !

Without artistic director since the end of 2015 following the departure of Yiqing Yin, "Leonard Paris" was chosen for a time to work with his only studio. But it's over soon. From next May, the designer Christine Phung take over becoming the new artistic director of the House.

Christine Phung runs parallel launched her eponymous label in 2011 and exhibiting at the Joyce Gallery 19 to 30 April 2016. 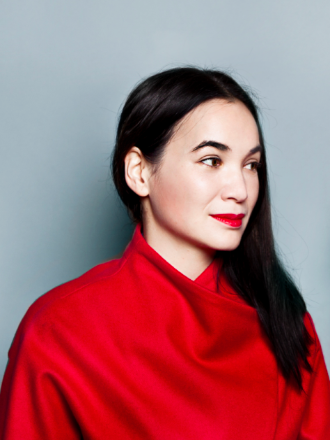 Christine Phung won the award of the Andam in 2013 in the First Class Collection. Last year, she won the contest Aubusson loves fashion, with the International City of tapestry.

A graduate of the Duperré school and the IFM, she has worked for Christophe Lemaire, Chloé, Vanessa Bruno and Dior child, and a sportswear spirit for Lacoste, and Rossignol brand Veja ethical sneakers. 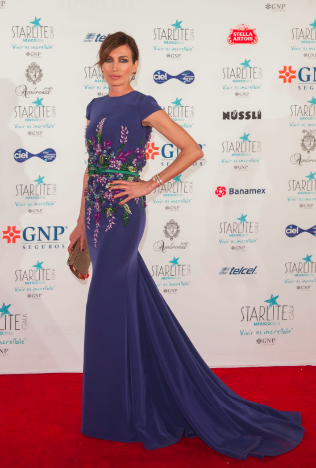 Excitement pulsed through the venue with each appearance of his many guest models, the striking looks of his collection and the celebrity packed crowd. After much build up, the show attendees did not walk away disappointed.

This “It Girl” inspired collection was matched with a truly buzz worthy reaction from the audience. A mix of sultry and sophistication, Andrew showed sleek lines and unique detailing in his ready-to-wear eveningwear collection. The extraordinary statement details brought an edge and innovation to the average “it girl” clothing. His collection showed daring personality and polished artistry.

Just Drew created a buzz seconds into his runway premiere; this is without a doubt the soon-to-be coveted collection for "It girls" everywhere.

UNDER THE ELEMENTS, RIHANNA REMIXES JAPANESE STREET CULTURE AND TRADITION WITH A YOUTHFUL, YET DARK AND STORMY APPEAL.

NEW YORK CITY, NY (12th FEBRUARY, 2016) – Overcome by environmental elements and an ominous mood-inducing energy, frostbitten models walked the runway with a bold chill, donning the first ever FENTY PUMA BY RIHANNA Collection. Just like the collection’s namesake creative director, the first season driven by Rihanna is nothing short of unexpected with a full collection of footwear, apparel and accessories for both women and men. 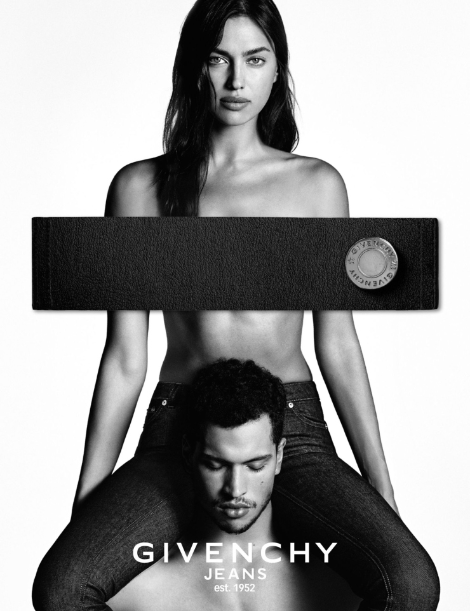 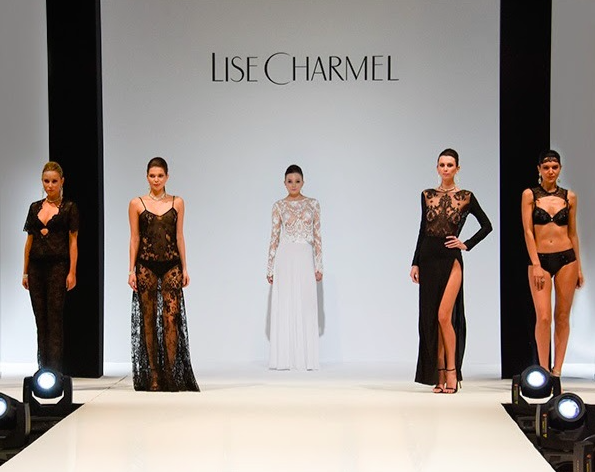 Joyous and cheerful like the « Cirse des champs », the Georges Hobeika Couture Collection for Spring-Summer 2016 is a glowing tribute to nature’s gift of regeneration, spreading its message of beauty across cultures and beyond borders.

An anthology of floral patterns echoing the creative foundation of the House flourishes as bright embroideries, bouquets of sparkling crystals, delicately colored sheaves, droplets of shiny pearls, plumes of glittering feathers and matte and glossy berries, all while evolving into modern cuts of aerial and elegant dresses.

A honeycomb pattern of laser-cut lace or structured tulle reflects the savoir faire of the finest Couture workshops, transcending the nobility of a long, evanescent figure. Flowing capes and trains exalt the absolute femininity of sculptural sheath dresses. The petals of a skirt compliment a trouser suit with the playfulness of a blooming bouquet. Works of authentic craftsmanship: accessories bring forth the feel of the countryside, while still incorporating an essence of glamour through shimmering and brilliantly enamelled jewels.

Subtly, the color palette gains momentum in dialogue with gorgeous fabrics. Pink tulle covers almond green muslin in a mysterious veil; a purple gradient warms the shimmer of ice-blue; a cameo of peaches, apricots, tangerines and melons blends into a fruity and delicious chromatic symphony. Silk crepe, ziberline, lace and organza sumptuously translate a message of hope and the hidden secret behind this spring thistle flowering.

All the pre-fall collection here

" This new generation , these young creators and producers are changing the productive future of our country. We must encourage and support them , absolutely "- Arnaud Montebourg Jury President babybrand.

After five editions of the contest babybrand Gerald Cohen & babybrand organize, under the chairmanship of Arnaud Montebourg, the first edition exclusively MADE IN FRANCE CONTEST babybrand FASHION FOOD & babybrand . They are intended to bring the expertise of the Jury at the service of young designers under 35 years and marks under 7 Fashion & Food , Made in France .

"The babys will live in a new world turned to Asia , Internet and the conquest of individual freedom led by women. This century is a turbulent 16 year old , it will pitch "- Gerald Cohen Founder of babybrand

The amazing Gigi Hadid for the spring/summer 2016 campaign of Versace.