When it comes to Halle Berry's acting range, if you're talking about her latest movie Cloud Atlas, her multi-tasking talents could not be more the opposite of narrow. Halle was apparently up to the challenge and then some, as she relates in this interview, of taking on no less than six roles and a mix 'n match of genders and races, in a movie directed by no less than three filmmakers: Tom Tykwer, and Andy and Lana Wachowski. And in an immense labour of love where Halle carried on, broken bones and all, being literally carried around by an available and obliging hunk on the set. But first the determined diva talks about her other combo roles in the real world, as single mom and celebrity.

For  many  years  now,  Leonardo  DiCaprio  has  led  a  charmed  life.  He  works  with  the  best  directors,  he  dates supermodels, and he is the  kind of gentleman who never makes headlines for the wrong reasons. He virtually disappears from public view when he doesn’t need to promote his latest film, and when he does make news it’s for some admirable cause like defending the environment. Still, he's the ultimate Hollywood golden boy, the man who  became a superstar with Titanic and has since gone  on  to  make his  mark in  a series of outstanding films including  Gangs  of New  York, Catch Me  If  You Can,  The Aviator, The Departed, and Inception. It's a  legacy of accomplishment that few modern-day actors outside of Russell Crowe or Daniel Day-Lewis can match, and Leo, still only 38, has plenty of Oscar-worthy performances left to deliver.

This summer, he inhabits the title character in "The Great Gatsby," based on the classic F. Scott Fitzgerald novel. It's a role that is as glamorous as it is iconic and was previously played by another acting legend - Robert Redford - in the 1974 screen version. Gatsby could well become the defining role of DiCaprio's career - and he knows it. "'The Great Gatsby' is the great American novel," declares DiCaprio. "The more you explore that book the more questions you ask about the character and the mystery about Gatsby - it's an incredible honour to play the part."

Currently, DiCaprio can be seen by audiences in a far less glamorous albeit no less striking role - that of savagely brutal  plantation  owner  Calvin  Candie  in  "Django  Unchained,"  Quentin  Tarantino's  violent  new  revisionist spaghetti western. The film is well on its way to becoming the highest-grossing film of Tarantino's career, and DiCaprio was anxious to work with the iconoclastic director.

"I love the way Quentin creates his own world and breaks all the rules," DiCaprio says. "I can just imagine him as that clerk in the L.A. video store watching those old films over and over again and telling himself that one day he was going to make his own movies and do an amalgamation of all those things that he loves. You've got to take your hat off to people like that and support them....That's why I wanted to be part of this film. I like taking risks - in my work, at least."

Co-starring Jamie Foxx,  Samuel L. Jackson, and  Austrian actor Christoph  Waltz (who first  shot to international stardom with his appearance in Tarantino's "Inglourious Basterds"), "Django Unchained" is very much a radical screen departure from anything that DiCaprio has ever done in the past.  Having  become  friends  with  Tarantino  over  the  years,  DiCaprio  spent  considerable  time  with  the  filmmaker behind such classics as "Pulp Fiction" and "Jackie Brown" in developing his role and was willing to throw himself into  the  part  despite  Leo's  understandable  considerable  "revulsion"  over  his  character's  "extreme  level  of depravity.

" In the meantime, DiCaprio is currently completing work on "The Wolf of Wall Street," a dark parable about the excesses of the financial community. The film is directed by Martin Scorsese, and marks the fifth time DiCaprio has worked with the legendary Hollywood filmmaker.

Amid the  chaos  at the Ritz Carlton Hotel  in New York where  DiCaprio and  fellow cast members met with the press to discuss "Django," Leo conducted himself with typical aplomb despite admitting feeling "tired" due to the heavy shooting schedule for his "Wall Street" movie.  In  his  private  life,  DiCaprio  is  currently  single, having  split  from  Victoria's  Secret  model  Erin  Heatherton  in October after a ten-month affair. There have been reports that Leo is now involved with his 22-year-old "Wolf of Wall Street" on-screen love interest, Aussie actress Margot Robbie, though his camp denies it. 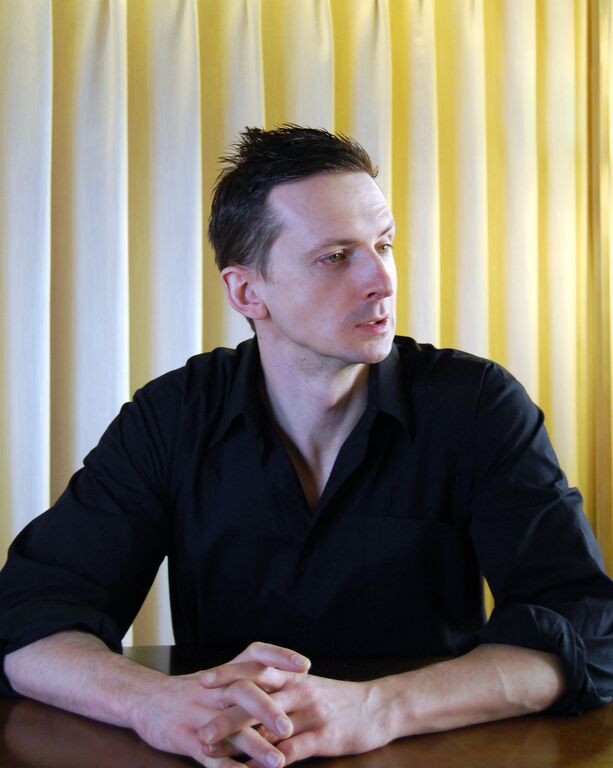 Slawomir Milewski is a Polish born filmmaker whose works include The Ecstasy of St Agnes and Poor People Must Die. His films have been praised by judges at prestigious Film Festivals from New York to France and Cyprus, as well as appearing on French television. Prestige International met with him to get his views on French audiences, the art of filmmaking and more.

What's the relationship, if any, between a good photographer and a film maker?

It seems that photography and film are very similar mediums because both are using 'real' subjects. Yet, their effects on our senses work completely differently. Barthes said photography is not possible to be 'transformed' and that photography doesn't allow people to dream; interpretations are imprisoned.  Something completely opposite might happen in a film. Film allows you to leave room for dreaming and this is one of the goals of my own works.

How would you describe the narrative in your own films?

Someone told me my works are a kind of blank slate onto which you can put your own experience of life... My works definitely accent a visual semiotic as a narrative-making factor. But it doesn't mean they are symbolic. I think my narrative is a kind of deconstruction. Although it is not a method or a rule, either.

What philosophy or ideas do you try to communicate in your films?

When I was 15 I started to read philosophical books. When I was 17 I studied Nietzsche and very soon after I introduced myself with contemporary French philosophers. Apparently everything which happens between your 16 and 26 birthday leaves the most meaningful sign on your life. Thus Nietzscheanian self-affirmation and affirmation of life was always very close to me. And you can find it in my work.

Why do you think the French are particularly attracted to your work?

I don't know! When I started to submit Ecstasy of St. Agnes to festivals, my English ex-girlfriend, an ex-actress who knows this industry well, said I’d never be able to show this film in the UK, but that it would do well in France. I ‘ve been told my films seem to be difficult, politically incorrect, libertarian and intense. And I am proud of that!

What about the French then?

I suppose they are open-minded people! (laughs)

Is filmmaking an art or a craft?

This is quite relative. Obviously it depends what are you doing and for whom. I mean: do you want to satisfy yourself or someone else? And even if you doing that just for yourself - film making is still a kind of craft, which just might be an art.

In Toronto, Eva Mendes, 38, is promoting The Place Beyond The Pines, starring opposite her boyfriend of over a year, Ryan Gosling, and the other fastest-rising heartthrob, Bradley Cooper.

This Florida-born actress and model of Cuban descent is dressed in a grey Gucci dress, and looks her usual glamorous self.  Her hair is piled up high, much like we’ve seen in red carpet events and various advertising campaigns such as Revlon, Cartier, or Calvin Klein.

In Toronto, Eva Mendes, 38, is promoting The Place Beyond The Pines, starring opposite her boyfriend of over a year, Ryan Gosling, and the other fastest-rising heartthrob, Bradley Cooper.

This Florida-born actress and model of Cuban descent is dressed in a grey Gucci dress, and looks her usual glamorous self.  Her hair is piled up high, much like we’ve seen in red carpet events and various advertising campaigns such as Revlon, Cartier, or Calvin Klein. I lost a lot of weight for it.  You can’t really tell, but I lost fifteen pounds, but that’s a lot forme, I’m a little girl. I saw her as very, very unsexy and I kind of felt sorry for her and wanted her to look like that.